(February 15, 2017, Dubai) The world’s leading drone company EHang and the Dubai Roads and Transport Authority (RTA) announced a partnership at the fifth World Government Summit to jointly promote and introduce the EHang 184 autonomous aerial vehicle into Dubai, the city with the aim to build the world's most intelligent transportation system. 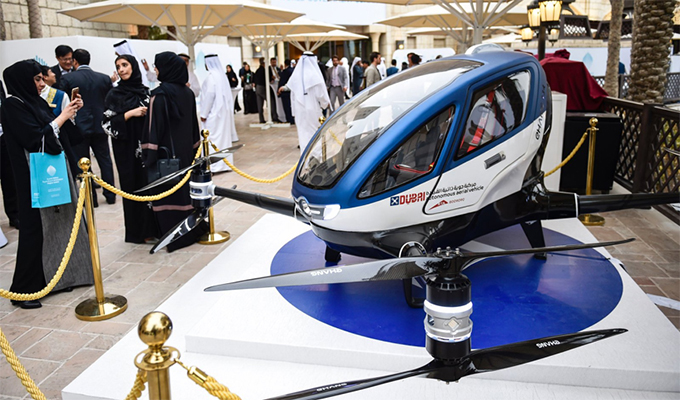 At the summit, Mattar Al Tayer, the General Manager and Chairman of the Board of Directors of the Dubai Roads and Transport Authority, spoke highly of EHang 184 and said that RTA has already experimented the vehicle in a flight in Dubai sky at the test site of the Dubai Civil Aviation Authority (DCAA). Test flights have been carried out especially at deserts and coastal environments to complete a number of adaptive aviation flight test subjects. During the trials, DCAA has made supportive contribution in defining the safety criteria required, issuing the permits for trial and inspecting the vehicle. 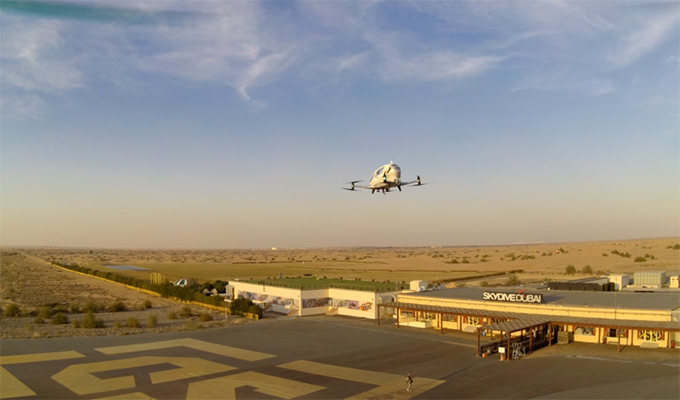 Mattar Al Tayer said: “The trial run of the first AAV is in implementation of the directives of HH Sheikh Mohammed bin Rashid Al Maktoum, Vice-President and Prime Minister of the UAE and Ruler of Dubai, to transform Dubai into the smartest city in the world. It is also part of RTA’s endeavors to provide self-driving transport through engaging in the technological tests of self-driving vehicles under Dubai environment. It replicates Dubai Self-driving Transport Strategy aimed at transforming 25% of total individual trips in Dubai into Self-driving trips using various modes of transport by 2030. The step would also enhance the integration between public transport modes and people happiness through the provision of smooth, quick and innovative mobility.”