During the flight tour, EHang brought the world's leading UAM solution to Korea, including passenger transportation, emergency medical service and aerial sightseeing. In Seoul, EHang 216 took off from Yeouido Island in downtown to have an autonomous flight over a densely populated area. The second flight was done in Suseong District, Daegu City, to deliver a package containing a 119 fire emergency kit and AED materials. The last flight was done in Jeju Island, EHang 216 flew over the coastline to demonstrate the real use case of aerial sightseeing. 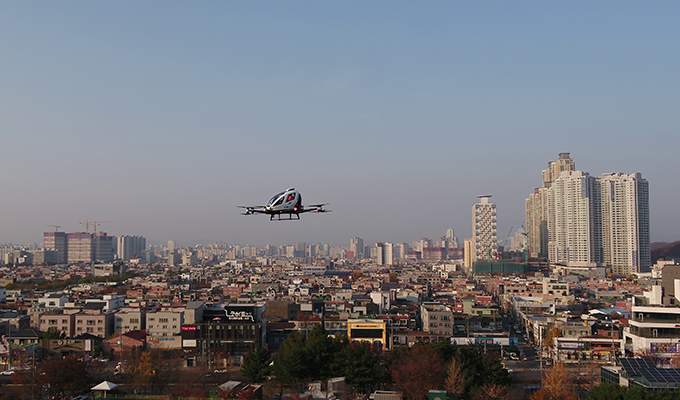 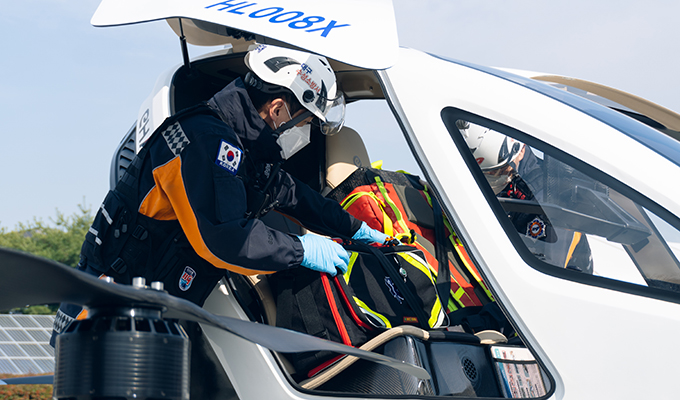 The Korean flight tour was completed after obtaining the first SAC (Special Certificate of Airworthiness) issued for a passenger-grade AAV by MOLIT. Respectively, the three flights demonstrated the practical use cases of EHang's UAM solutions in different scenarios. Successful completion of the maiden flight tour may lead to opportunities for future cooperation between EHang and its Korean partners in potential UAM operations. EHang will work with its partners in potential smart city transformations with its leading AAV technologies.

Seoul, Daegu, and Jeju Island were all selected as pilot site of the “Korean Urban Air Mobility (K-UAM) Roadmap”. The project was announced by the MOLIT (“Ministry of Land, Infrastructure, and Transport”) in June 2020, with the aim to commercialize UAM services by 2023-2025. 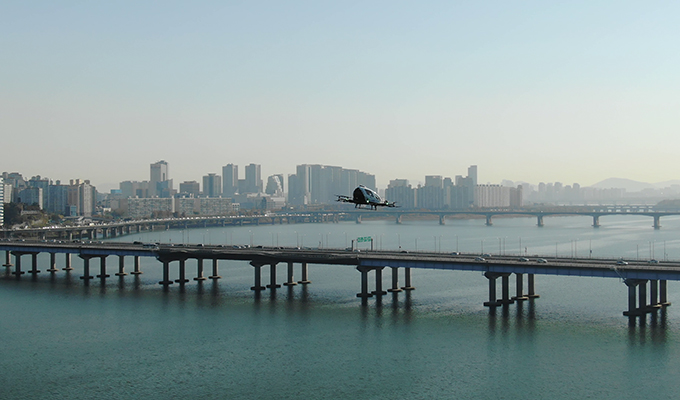 In Soeul, EHang 216 had an autonomous flight over a downtown area. Download the Photo

The Acting Mayor of Seoul, Seo Jeong-hyup announced that the city government will strive to ensure that the human dream of safely flying can become reality for Seoul citizens, which will support the future industry of Korea.

Located in the central urban area of Daegu city, Suseong District plans to launch more aerial routes in stages, based on the EHang 216 flight and promote the industrialization process of Urban Air Mobility (UAM).

"To tackle the traffic congestion, we will try our best to develop UAM and turn it into a new engine for our economic development," said Kim Dae-Gweon, mayor of Suseong District in Daegu city. 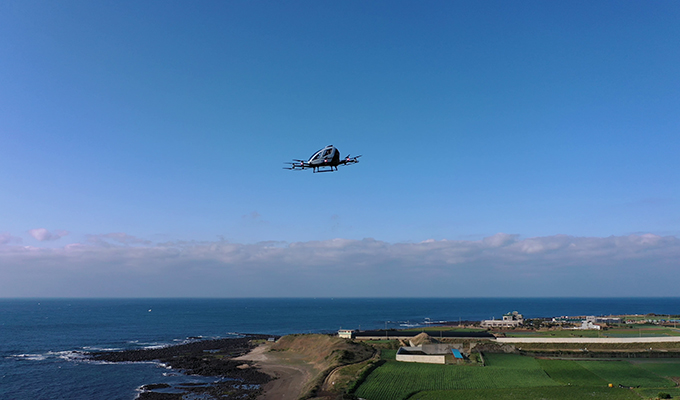 EHang 216 flew over the coastline of Jeju Island to demonstrate the real use case of aerial sightseeing. Download the Photo

With the support of MOLIT and the local governments, the success of the first phase of EHang's UAM Operation Plan for Korea set another milestone in the company’s global UAM development, and further demonstrated the safety and reliability of EHang’s AAV technology. The Korean flight tour lays a solid foundation for future business expansion in Korea with potential acceleration to its UAM operations. EHang will join hand with all parties to accelerate development of UAM.